I don’t like asking for features, so this list is mostly my UX complaints as a heavy user of the entire Apple ecosystem. I’m also not an Apple developer, so I’d imagine a lot of what Apple’s going to release to the Swift programming language and Xcode won’t make a whole lot of sense to me until apps go into production, therefore this list does not include API request either.

I’ve also included a short explaination for some wishlist items.

Also, dear press, WWDC is a software conference… snap out of your “new MacBook“ dreams.

I used to think this is a habit that followed me to macOS after years of suffering with Windows. But more recently, I have come to realize that this is definitely a UX issue.

macOS’s window switching has always been different — while Windows built multiple features that allows you to return to desktop no matter where you are, masOS tries to avoid sending users to desktop whenever possible. Apple’s Human Interface Guidelines rarely even mentioned the idea of a “Desktop”, but instead spent a huge chunk of writing on the window anatomy.

I fully understand that the intention behind a [⌘ + `] window switching within app alongside of a [⌘ + Tab] app switching is to optimize for users with a lot of apps and windows open at the same time, but it’s not intuitive. Windows of the same app, anatomically, appear as “windows” no different than windows of another app. The decision here made it easier to switch between windows of the same app, when in reality this could also be done with automatic window sorting/grouping by apps.

People have made a stitch fix that’s quite popular: AltTab, that attempts to achieve this exact thing. However, this is not to say that the Seattle conglomerate’s approach is definitely the best. Afterall… some have made the opposite argument — Easy Window Switcher, bringing macOS-like window switching to Windows.

I just hope that Apple can give this another look and at least give users the option to choose between the two flows.

I’ve always been super confused by what the “Services” menu actually does. It maintains a pretty high profile within the system — it’s present in the main application menu of every application. 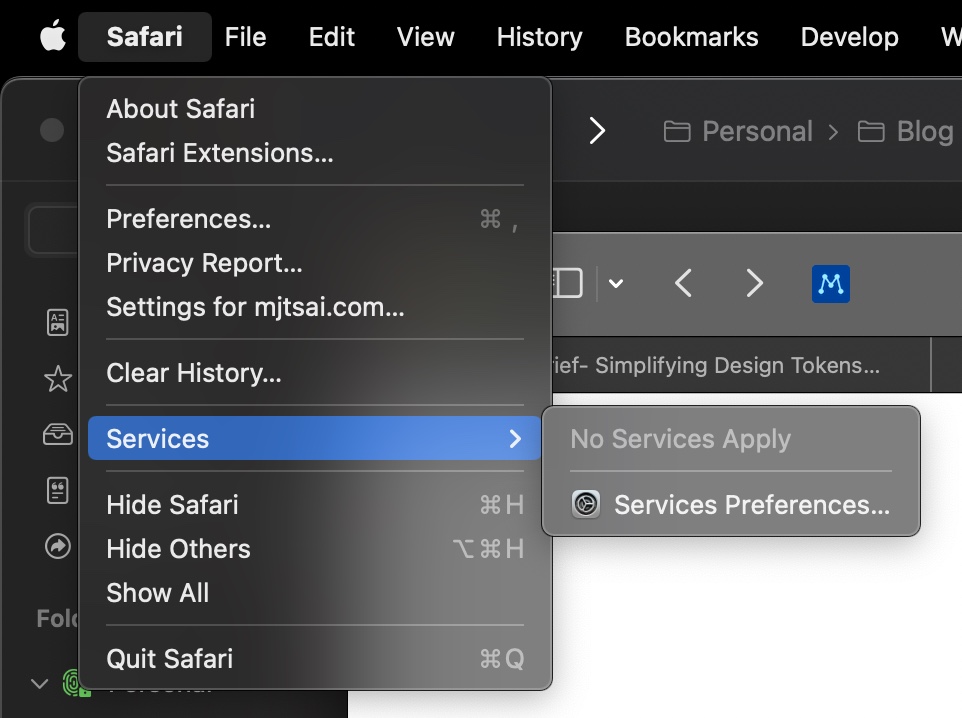 I tweeted about this a while ago and apparently it’s “a relic of old macOS that’s the precursor to share sheet + Shortcuts” (thanks to an explanation from @lachlanjc).

As we move from Automator-based automation to running our lives with more and more Shortcuts, it’d be great if Apple and notice this leftover problem and either replace them with Shortcuts or move this feature elsewhere.

Apps like Bartender have existed for long enough, it's time for them to take this seriously. It doesn't make sense for me to think "should I use my precious menu bar space for this app?”. I would much rather have the choice of displaying a list of my most frequently used menu bar icons, and fold the rest into an extended menu (much like Chrome's extensions).

Unsure how the UI/UX is going to work there, but I shouldn’t have to risk not having the menu bar icon there at all.

At this point the automatic device switching is just a bug, not a feature.

I have noticed that recently it has gotten much better, but from time to time I still experience weird jumps when I’m trying to play music on one device and somehow another device that has no apps playing media take over, preventing the music to play on the first device.

How is the app made by the same company that wrote the underlying operating system performing worse than third party apps like Spotify? The Apple Music app is just so slow, on both iOS and macOS (the macOS client just feels like Apple is trying to reuse code from the legacy iTunes). It’s long due for a rewrite if Apple really wants to push for their services earnings.

I don’t have too much hope for them to match Spotify’s level of music discovery and recommendations, so that’s probably just a good to have. Still. Would be good to have.

Good to have… API for persistent lockscreen widget.

This is a feature request. I could really use a persistent widget stuck to my lockscreen (kind of like complications for my Apple Watch). There are a lot of uses for this:

Be able to mark texts (iMessage/SMS) as unread.

I’ve been asking for this every year…

Michael Tsai - Blog - The Case for “Mark as Unread” in Messages

Google has taken some features too far with it’s bundle. 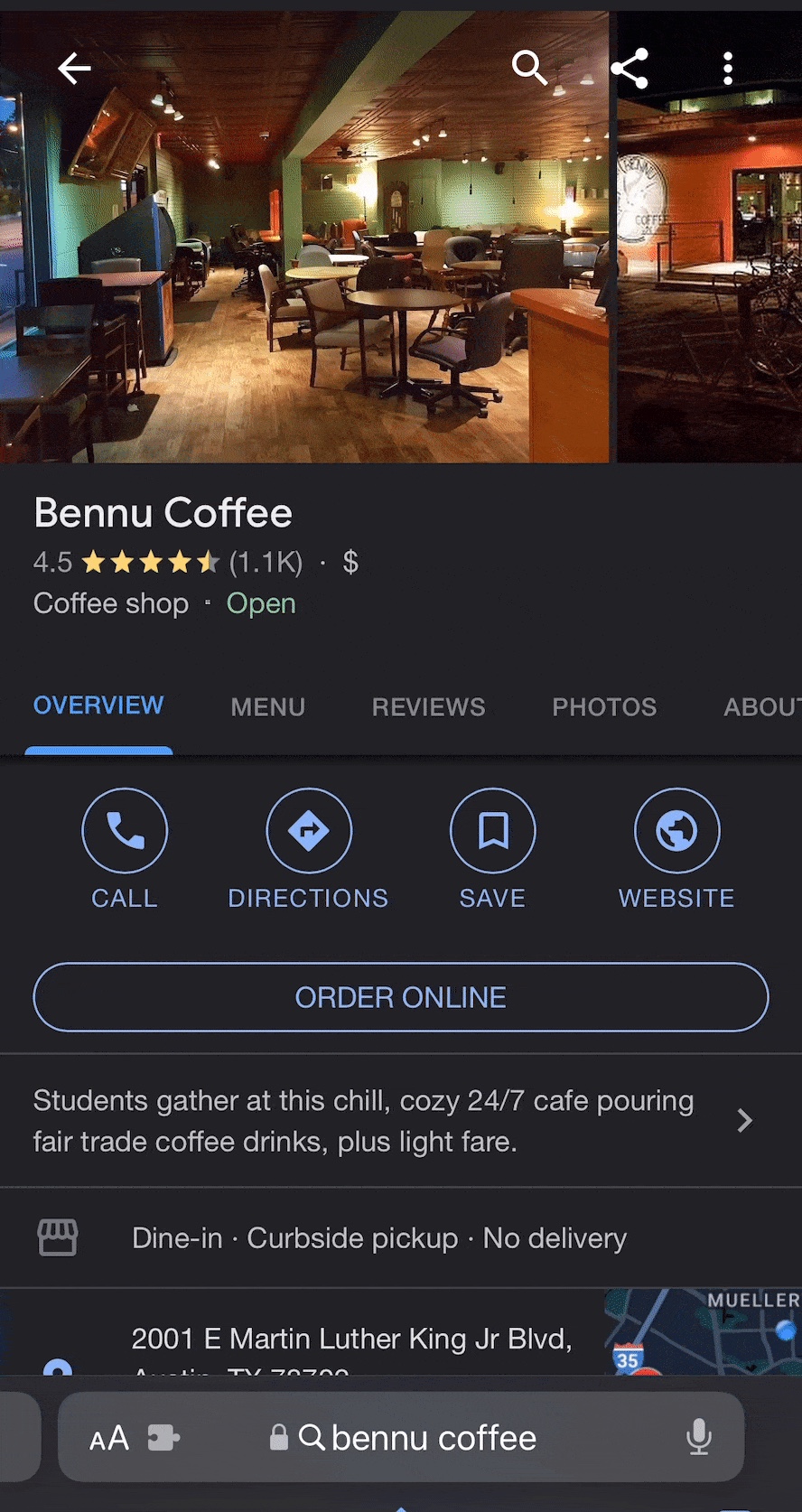 Oh god, where do I start with this. I love my 2020 iPad Pro, but the damn camera module drives me crazy every day. These problems are fixed for the M1 iPad Pro released last year with the introduction of Center Stage, but it seems like we’ve just got ourselves a real unfortunate piece of hardware for the earlier generation.

But with Apple’s recent focus to make the iPad Pro a true producitivity tool, it just doesn’t make sense to default to portrait mode anymore. If they’re going to release anything about the iPad, I hope:

I don’t depend on my iPad for my daily workflow. It’s there as a tool for me to draw on and to work with. I want it to stay that way, instead of lighting up

My current workaround has just been:

In line with "persistent lockscreen widget" for iOS - API for apps to add watch faces.

Pretty self explainatory. Imagine how cool it would be for appls like Things or Carrot or maybe even music apps to serve up their own immersive watch faces.

I don’t know, but maybe this could be possible if they open up APIs for more interactive widgets on iOS, thus allowing developers to port their 2x2 widgets on iOS over to watchOS directly? Although that way they lose control over the presentation of clock. But I don’t see it out of line if Apple manually reviews this as a part of their strict app review process, and reject any apps that does not present the time on their custom watch face.

Auto-organization features for the watchOS app.

Nothing complicated. Something like “show my most recent 5 apps around the center of the grid” will do. It’s just so hard to find any apps — having to build muscle memory for a tiny, hexagonal grid is just too much for my tiny brain.

Maybe iOS too. But that hasn’t been as painful to me as rearranging apps on watchOS, even through the Watch app mirror.